“There’s a new breed of music fans whose iPad and iPhone devices are at the center of their listening activities,” said Rory Dooley, senior vice president of music at Logitech. “We created the Logitech UE Air Speaker to give those people a great audio experience that combines effortless streaming with fantastic sound. With its stylish, modern design, easy setup and excellent sound, the Logitech UE Air Speaker looks and sounds phenomenal in any room in the house.”

Setup is easy: just dock your iPad®, iPhone®, or iPod touch®, follow the on-screen instructions to download the Logitech UE Air app, enter your Wi-Fi® network password and you’re ready to go. After that one time setup process, any iPhone 4s, iPhone4, iPhone 3GS, iPod touch (2nd, 3rd or 4th generation), iPad, iPad 2, or iPad (3rd generation) with iOS 4.2 or later, or any Mac or PC on your network with iTunes 10.1 or later is instantly connected. Plus with the Apple Dock Connector, you can charge your iPad, iPhone or iPod touch while you play music.

The Logitech UE Air Speaker is expected to be available in the U.S. and Europe beginning in April 2012, for a suggested retail price of $399.99. For more information please visit www.logitech.com or our blog.

About Logitech
Logitech is a world leader in products that connect people to the digital experiences they care about. Spanning multiple computing, communication and entertainment platforms, Logitech’s combined hardware and software enable or enhance digital navigation, music and video entertainment, gaming, social networking, audio and video communication over the Internet, video security and home-entertainment control. Founded in 1981, Logitech International is a Swiss public company listed on the SIX Swiss Exchange (LOGN) and on the Nasdaq Global Select Market (LOGI). 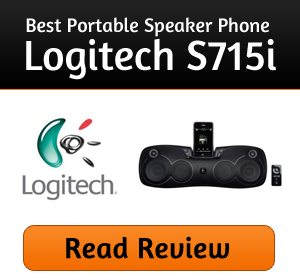